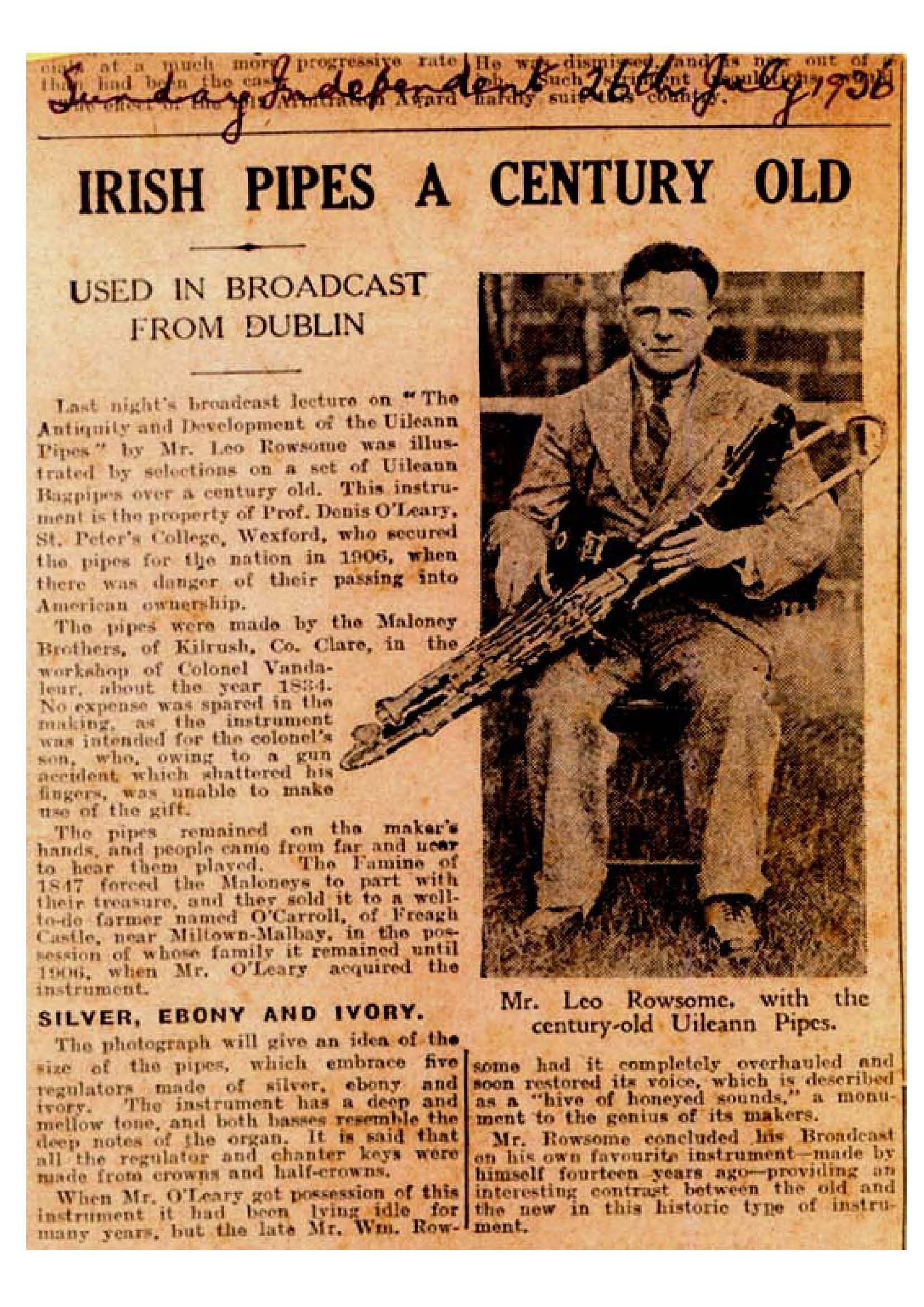 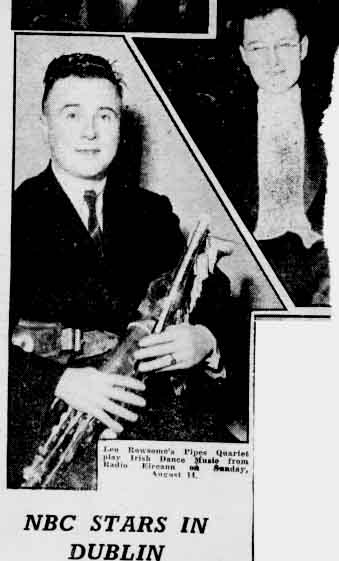 Leo Rowsome (5 April 1903 – 20 September 1970) was the third generation of an unbroken line of uilleann pipers. He was a performer, manufacturer and teacher of the uilleann pipes throughout his life 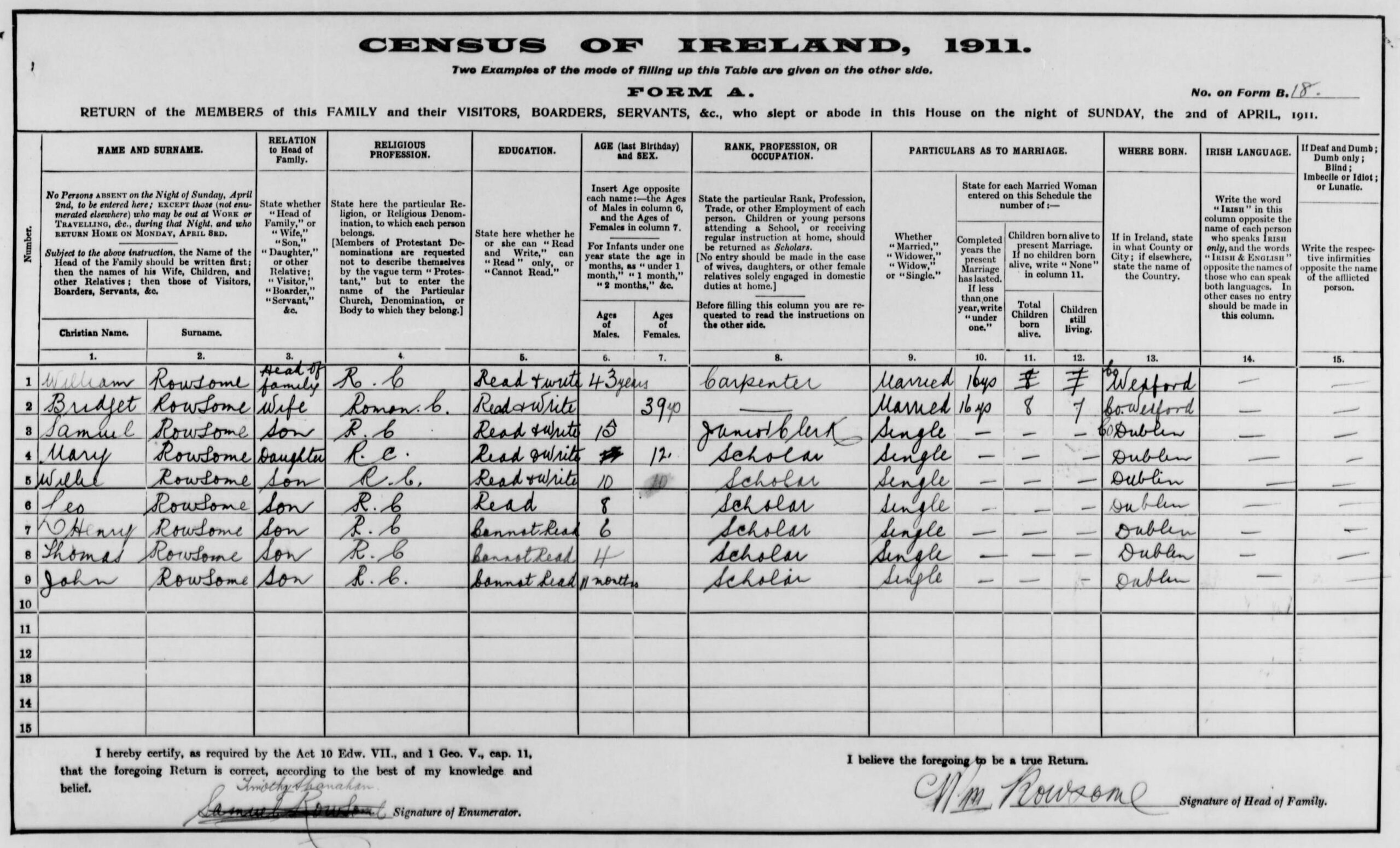 Leo was born in Harold’s Cross, Dublin in 1903. His father, William realised that his son had the ability to become a talented musician and craftsman. Constantly watching his father making and repairing instruments, Leo learned the art of pipe making and instrument repair. So rapid was his progress at piping that in 1919 at the age of sixteen he was appointed teacher of the uilleann pipes at Dublin’s Municipal School of Music (now Dublin Institute of Technology Conservatory of Music and Drama) for 50 years. In 1925, Leo’s father died at the age of fifty-five. Leo successfully carried on the family business, after completing his own set of pipes in 1926. He also taught at Dublin’s Pipers Club of which he was president, having revived it as Cumann na Píobairí in 1936 after an 11-year hiatus.[1]

Leo was the first uilleann piper to perform on Irish National Radio in the early 1920s when he played solo and later in duets with Frank O’Higgins (fiddle), Micheal O Duinn (fiddle) and Leo’s brother John (fiddle). Leo’s “All Ireland Trio” comprised Neilus Cronin, (flute), Seamus O‘Mahony (fiddle) and Leo on pipes. He formed his Pipes Quartet in the mid-1930s and broadcast regularly throughout the 1940s and 1950s. Leo was the first Irish artist to perform on BBC TV (1933). He made many recordings for Decca, Columbia and HMV. His last commercial recording, CC1 “Ri na bPiobairi” (King of the Pipers) was made for Claddagh Records in 1966. 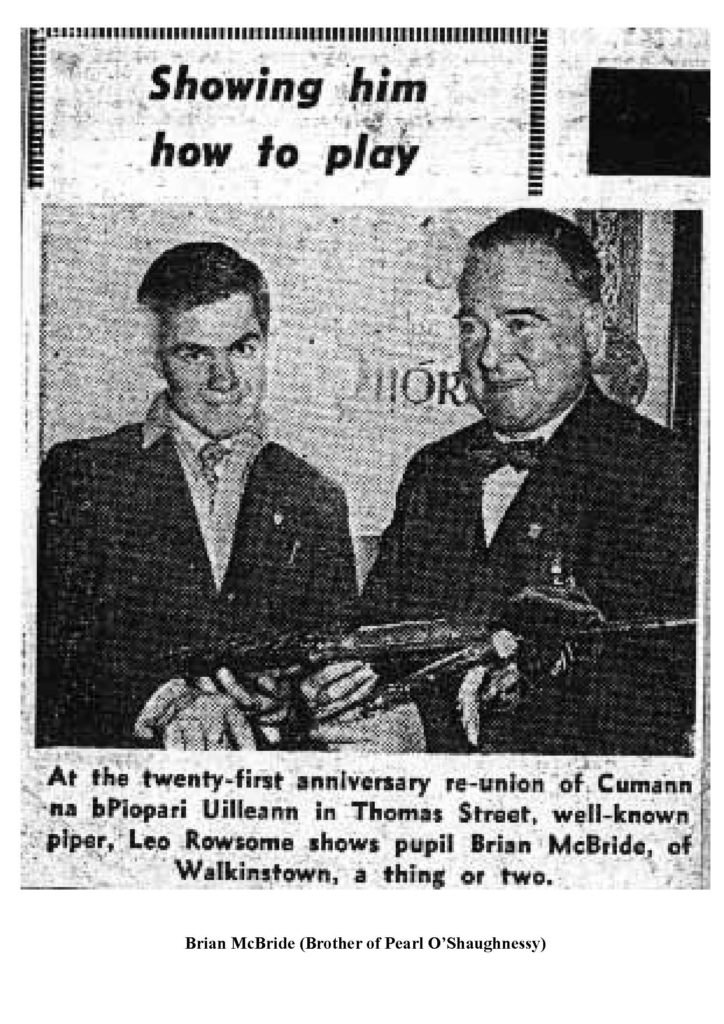 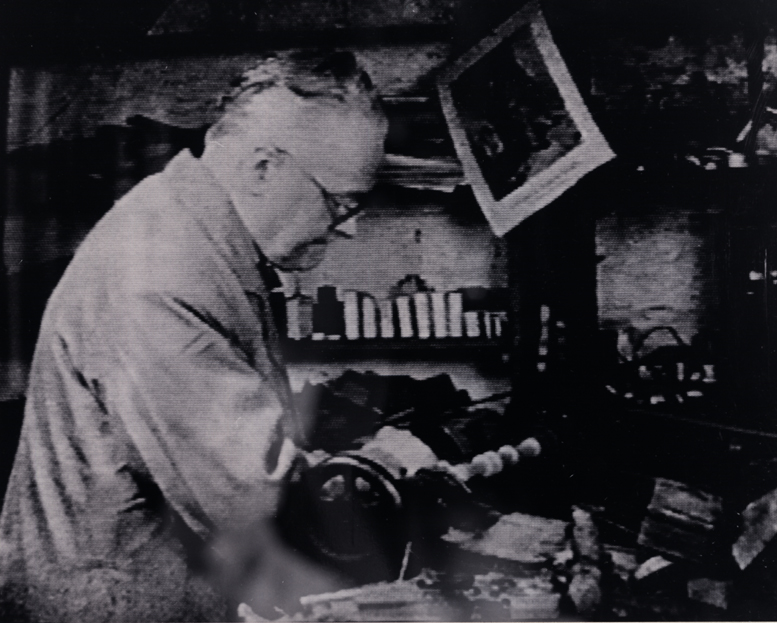 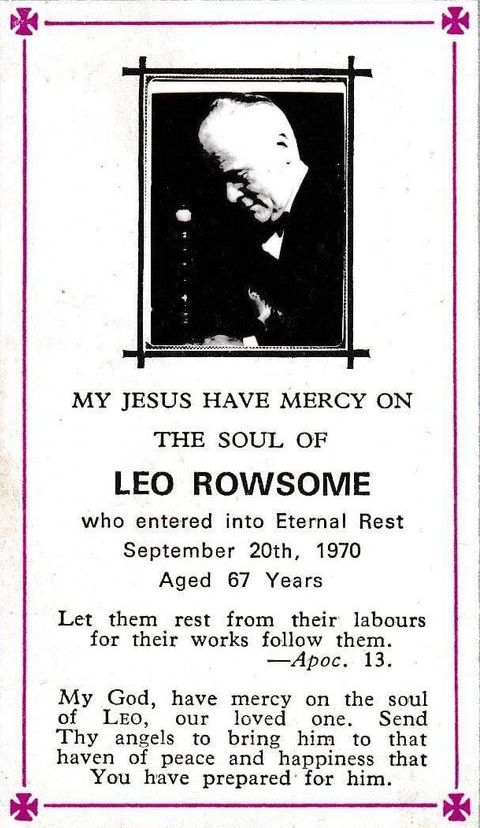